I am going to do a series of posts on having two kids, siblings relationship, life with two toddlers etc. as one would just not cover it all. Obviously i will just be talking about my own experience of it all and how we tackle our day to day and have evolved ourselves in this last year as a family of four.  Consider this a pilot episode in which I am just randomly writing my heart out to establish some kind of base. I hope to be more topic specific next time around. Or maybe not. We will see 🙂

Life with two kids is pretty challenging and messy and chaotic and down-right exhausting, but its also everything I have ever wanted. Some of my most precious memories were made during this last year. Welcoming another baby into the family, seeing husband with him, and hamza meeting his younger brother. You guys…… That last one? Hands down the most incredible thing I have witnessed so far as a mother. Heart explosions for this Mama.

Navigating the waters of having two kids is pretty challenging to say the least. Learning how to divide myself, while also trying to multiply myself. It ebbs and flows, right? Sometimes when we’re hanging out with friends and family and Azaan is happily trotting around and being his cute chubby self while Hamza is cracking jokes and I’m like, we are total parenting geniuses! But then a few hours later, the little dudes are throwing tantrums and screaming at the same time and bringing the house down brick by brick and I feel like a total mess. 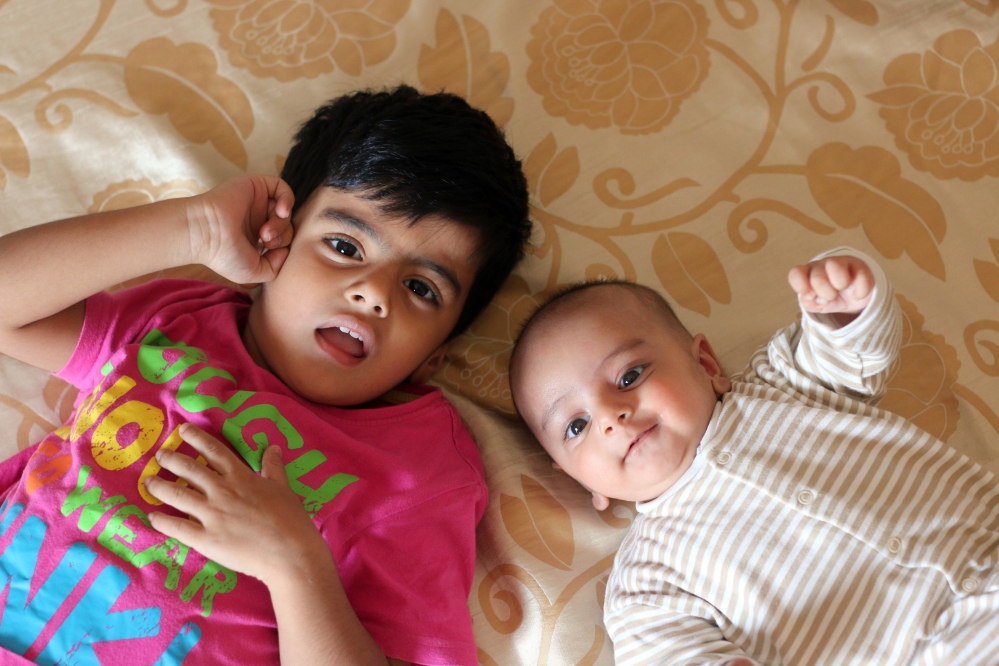 Life with two of them now is so much more complicated than it would be with just one, like the minute I wake up, before even opening my eyes I know that I have one set of semi-functional hands  but two sets of super-charged little bodies to get  to the washroom and clean-up and change, and then i have to make two different kinds of breakfasts and feed them and cook up different distracting methods to keep them at the table and have a few bites cause my boys are not fond of eating the first thing in the morning so its mostly a battle which is hard but I refuse to give up.

But its also incredibly simple in a way that each day, everyday they both have a playmate to jump and run around with, that I don’t have to worry much about keeping them entertained or planning playdates or always making time to sit with them during playtime, I know they have each other and most times they do a pretty good job of making each other laugh and having fun together. And THAT kind of experience only comes with having kids closer in age and i believe that as they are both boys they hit it off even better. I am so glad they have each other, its the best feeling.

Believe me when I say that its not double the work with two little ones, its FOUR TIMES the work. You have to take care of them individually and also their relationship towards each other in both directions. Its non-stop, never-ending and it makes you longingly look back on your single baby days. BUT i still won’t have it any other way. If I am given the chance to do it all over again, I would maybe have them closer in age but not further apart. The joy of it all trumps the hardships any day by miles. (As i write this, I can’t help but smile along as Azaan is giggling hysterically over Hamza’s peek-a-boos.)

When i was expecting Hamza i wanted a girl so bad that I made myself believe its a girl. It was quite a surprise to discover at 20 weeks that nope, its going to be a little mister joining our family, And boy have I loved being the mama of a little boy. He was sturdy, he was rustic, it was a no fuss life for me where I didn’t have to worry about matching bows and frilly frocks. I am not a girly person myself so it suited my lifestyle perfectly. So with Azaan in my belly, all I wanted was for another little guy to join the pack cause I felt I don’t know how to raise a girl, what if hamza is too wild to play nicely with her, what if he jumps on her etc, it made me worried (its our nature to be a little over-protective of girls compared to boys). Obviously my reasoning was not logical. But I was very relieved to find out that Azaan is going to be a boy too and that I will let him fight his own battles with his big bro and not go crazy emotional about it. The funny thing is, I used to worry that I’d need a daughter to have that really close, intimate relationship that is symbolic of a mother-daughter. But the other day, I realized I have that with my boys. Moments like these remind me that yes its scary and its tough, but its also the very best life. Pinching myself all the time and forever grateful. 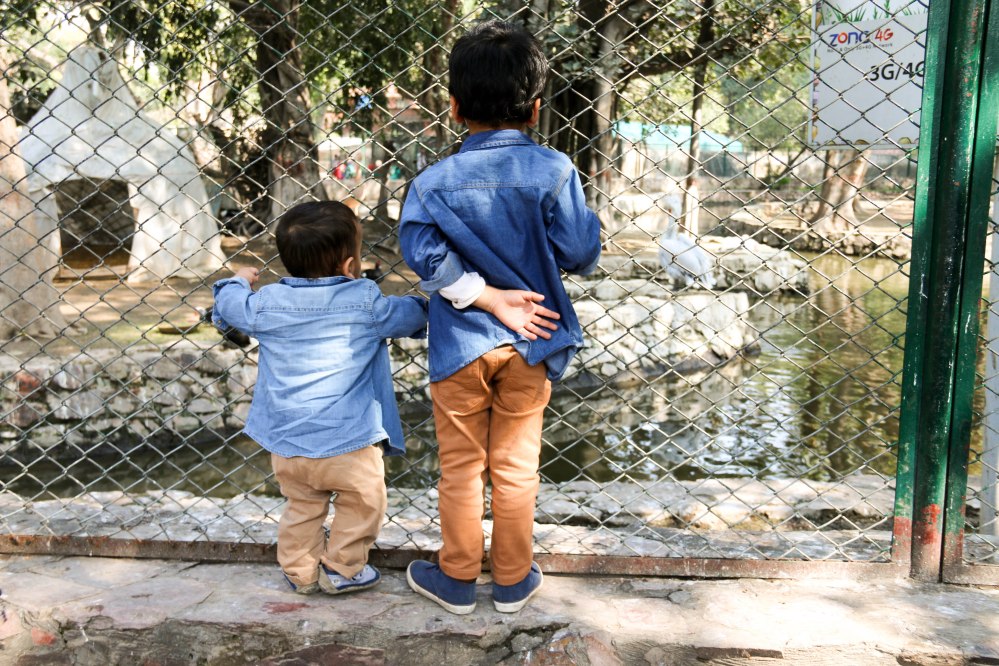 For their healthy, loving relationship, I always give the biggest credit to Hamza. In Hamza, Azaan has found the most caring and loving big brother. Not a hint of jealousy or attention seeking or any kind of resentment that is usually expected from first babies on the arrival of second. Just lots of hugs and sloppy kisses and love — so much love. You are a lucky one, Azaan. (Ofcourse now they fight over the same toy, they know how to annoy eachother, and they wouldn’t be siblings if they don’t do that.)

I remember when Azaan was a newborn and sometimes i would walk into a room and see him slightly crying and Hamza rocking his carry-cot, and patting his head while shushing him, and eventually trying to pick him up when all above doesnt work (“Cmon! Lets go!”). I just have to share this sweetest video of them from the time when Azaan was just three months old. And with that I will end this post.

Do you have multiple kids? How do they get along? Any tips and tricks that seem to work for you? I would LOVE to hear. We are definitely still learning every day.

PS: On motherhood and Things I would like to tell a new Mama.